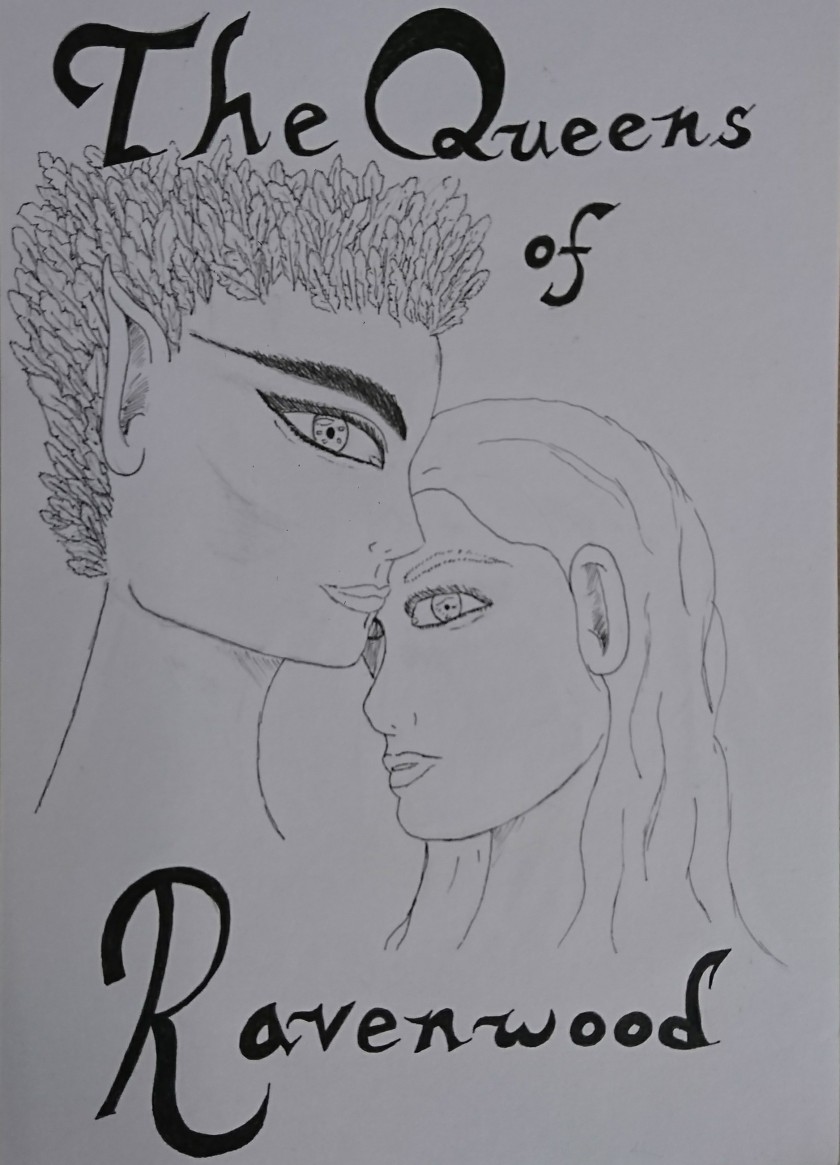 When it comes to “The Queens of Ravenwood,” the characters really fuel the narrative. While the world building is fun, I tend to overthink even small details, and that can grind everything to a halt real quick. Also, plot points are fun, but I can’t share those, obviously. Therefore, let’s get into some of the characters you’ve met so far.

Elan Altier is the kind of person who everyone kind of expects to succeed. This trait is honestly expected of all the Contenders for the Crown, but Elan was born with the kind of “get shit done” attitude she inherited (by force) from her mother, Lady Brienne. Her father, Duke Nathaniel, doesn’t really have this kind of attitude.

Duke Nathaniel Altier married Lady Brienne twenty two years before the events of the book. Lady Brienne married into the Altier name, but she’s the one who runs this estate, make no mistake. Duke Nathaniel was actually not supposed to become a Duke, but due to reasons I’m not at liberty to discuss right at this moment, he ended up getting his position through war heroics in the Demon Wars (which wasn’t really even a war, it’s a long story in and of itself).

Elan grew up immediately expected to learn anything and everything necessary to compete with the other Contenders. Why is the crown a contention competition instead of a monarchy through family blood lines? Blame the fae.

The Rift Wars is exactly what is sounds like, wherein there were rifts that just suddenly-BOOM!- hit this world like a ton of bricks. The humans of this world were here first, but suddenly then there were demons and fae. Why did the rifts happen? Let’s just say sometimes gods get bored and decide to mess with the boundaries of their spheres and shit goes down in not a good way.

Due to this, the fae eventually claimed Ravenwood as their “domain” which is more or less the forest which holds a whole other parallel world. That’s to the west of the Northern Province. The demons ended up taking over the deserts to the far north. Note, not the Northern Province of Surene, but the Demonic Wastes of the Far North. They live close to some sulfur pits and a volcano, where the royal family of the demon line lives.

So as you can imagine, the Northern Province is kind of the place for battles and what not in the past. However, things are getting lax in this day and age. Ravenna ascended to power after overthrowing King Varen (who was a dick and no one misses him), and that was two hundred years ago. The Demon Wars got settled a year before Duke Nathaniel and Lady Brienne got married, so everyone is kind of in a peace state of mind.

This long explanation is basically to get to the point that the fae helped to mold the monarchy of the human world. The fae don’t go by bloodlines, because they live too damn long, so they have the Contender system that the humans ended up adopting.

Elan grew up with basically all the Contenders. Flora is the oldest at twenty-two, Elan and Amelia are twenty, Larent is nineteen, and Jaleck is eighteen. Flora, Elan, and Amelia were shuttled off in summers to hang out together. Larent and Jaleck kind of hung out with their HUGE plethora of cousins well into their teens. It wasn’t until The Call for Contention came out that the kiddos all came together at the castle.

Elan and Flora became the obvious top two contenders pretty quick. It took about two years of training before Queen Valeria finally just took them both into her inner circle to mold them into future queens. Usually, it would only take one, but it’s also unusual for two contenders to excel like Elan and Flora did.

Elan can do a bunch of things well. Horseback riding, dancing, painting, singing, playing the harp, you name it she is at least decent at it if not really good. However, does she particularly enjoy doing any of those? NOPE!

Elan is like that popular kid you knew in high school whose parents were always throwing them into after school activities to look good on college applications. If you asked Elan what she enjoyed doing in her free time, her answer would probably be, “What free time?” She’s always doing something, for her future, for the kingdom, for her mother, and it never really ends.

The other contenders had more or less normal upbringings. Their parents were strict, but fair, and allowed the kids chances to discover things they liked and allowed them chances to make mistakes. Flora and Amelia were allowed to have a childhood full of imagination and creativity. Flora fell in love with botany, and in fitting with her namesake, she ended up accumulating a lot of gardening and medicinal knowledge. Amelia can sing like an angel.

Larent and Jaleck’s parents kind of assumed their adorable baby boys weren’t up to snuff for the King role, with Larent preferring to read rather than interact with people, and Jaleck tends to run off into a hunt rather than study literally anything. The only reason Larent didn’t drop out with Jaleck was because he adored Amelia and wanted to spend time with her.

Meanwhile, Elan was dealing with a mother who started her training early, teaching her history and strategy from the moment Elan could basically talk. Also, Duke Nathaniel got her into fencing and shooting arrows at a young age, too. As a child of both the Northern Province and a Contender, Elan had to deal with a lot of high expectations. No matter what she does, she’s always gotta be moving up, or she’s punished.

And these punishments will play a role in a lot of stuff later on.

Flora being crowned Princess of Surene was kind of shocking to everyone for a multitude of reasons that probably won’t make it into the book, but the key reason being that the Northern Province has done SO MUCH for the kingdom. It was kind of assumed that Queen Valeria would recognize the sacrifices of the North during the Demon Wars to name the child of that province as heir to the throne. With Elan being the super capable person she is, it seemed like a slap in the face to choose Flora.

We’ll be delving into the the consequences of all this history, both the personal and the cultural, in chapters three and four.

Apologies in advance, I’m not feeling like myself today. I suspect I’m heading into a small bit of depression. I might take tomorrow off to just relax and do nothing and post Chapter Three on Monday (Sunday for people in the USA). I appreciate your understanding, as in the midst of a pandemic, the stress be very real.

One thought on “Let’s Talk about Characters: There Be No Spoilers Here, Just Backstory”

This site uses Akismet to reduce spam. Learn how your comment data is processed.